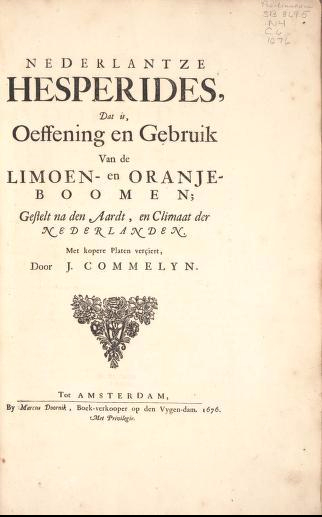 Nederlantze Hesperides was published in 1676 by Johannes Commelin and describes the cultivation of citrus trees in the Netherlands with illustrations of orange and lemon varieties that were grown in the late seventeenth century.  Also illustrated are the magnificent orangeries the trees were kept in over winter, including one at the botanical garden in Leiden, and others belonging to private individuals including the author.

These substantial buildings have rows of south facing windows, and stoves to keep the temperature above freezing in winter.  In the first orangery pictured, at Leiden, a gardener appears to be bringing buckets for watering, while a lady and gentleman admire the trees.  A boy, possibly rather bored with the garden outing, plays with a dog.  Pieter de Wolf’s grand looking orangery is also shown in the summer, with the citrus trees arranged in orderly rows in front of it.

The containers the citrus trees were kept in are shown in detail with handles on either side so that they could be moved by means of poles into their winter quarters in the orangery and then back outside the following spring.

I love the way the illustrator Cornelis Kick has included a section of glossy leaves as well as the fruits and his cross sections reveal fruits with thick rinds, some with thin, some with irregular segments, and some perfectly symmetrical.  The glass container (a wine bottle?) containing the lemon blossom has a simplicity and at the same time locates the image in 17th century Holland.

Johannes or Jan Commelin (1629 – 1692) was a trader in medicinal plants and was invited in 1682 to establish a Hortus Medicus or medicinal garden in Amsterdam.  His father and brother ran a book publishing house.  As well as writing Nederlantze Hesperides, Commelin edited other books about botany.

If you wanted to source citrus trees today, the Citrus Centre in Sussex has 30 years experience of cultivating these plants and a wide choice of varieties including blood oranges, a special favourite of mine.  I’m fascinated by their varigated lemon which looks quite similar to one pictured in Commelin’s book. 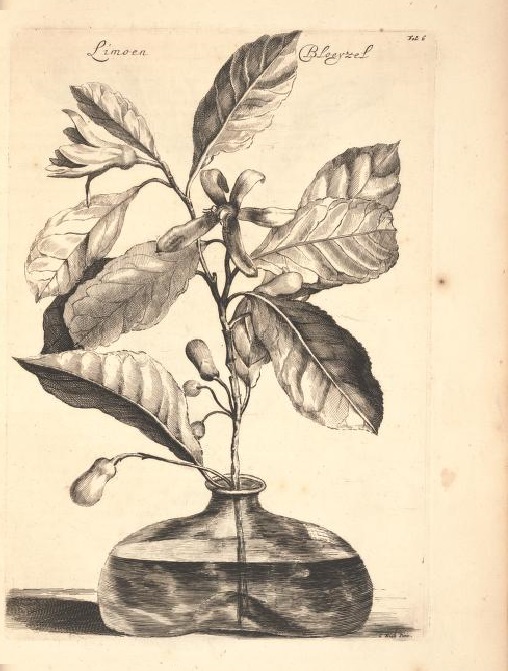 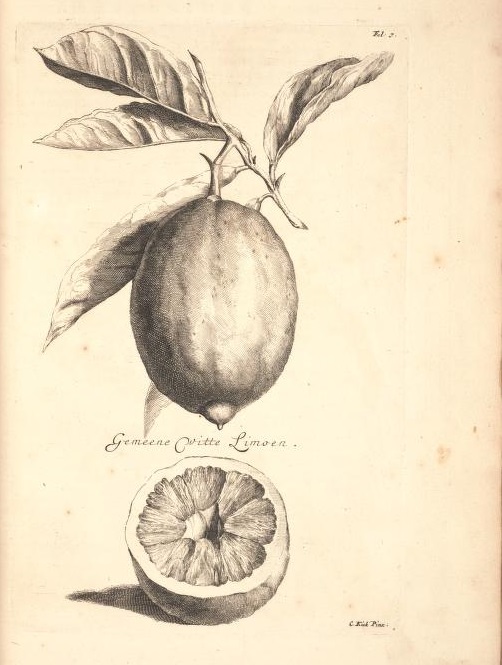 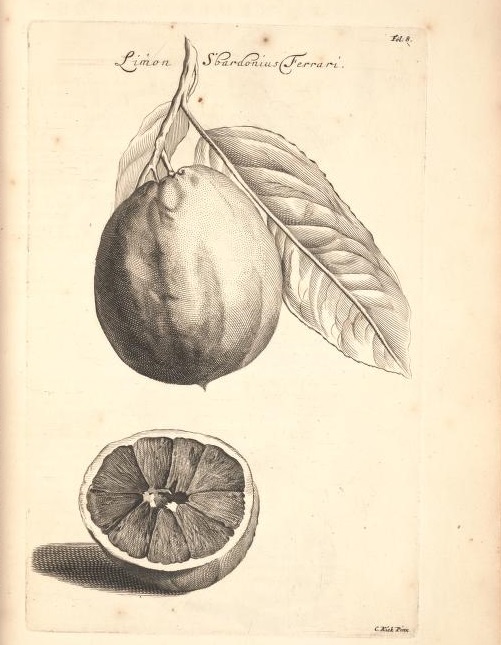 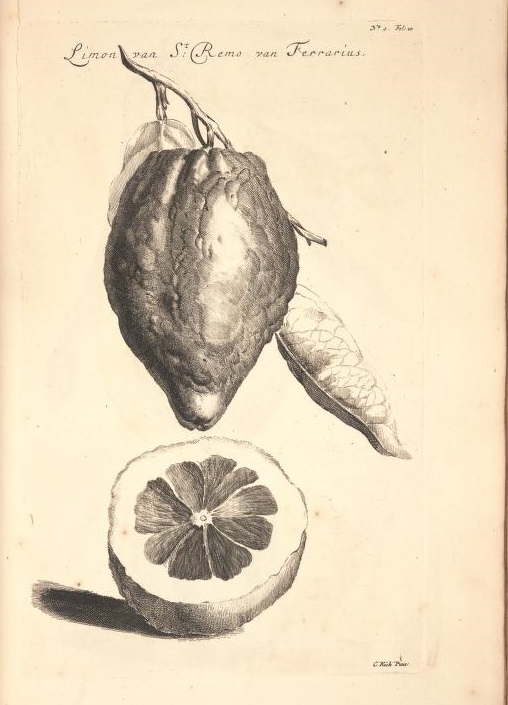 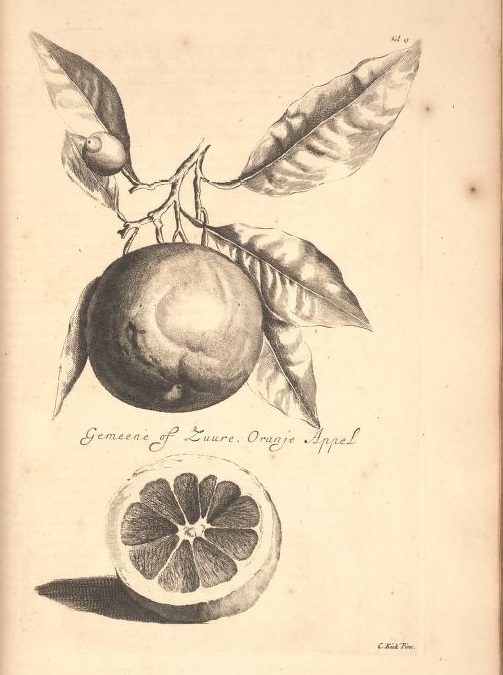 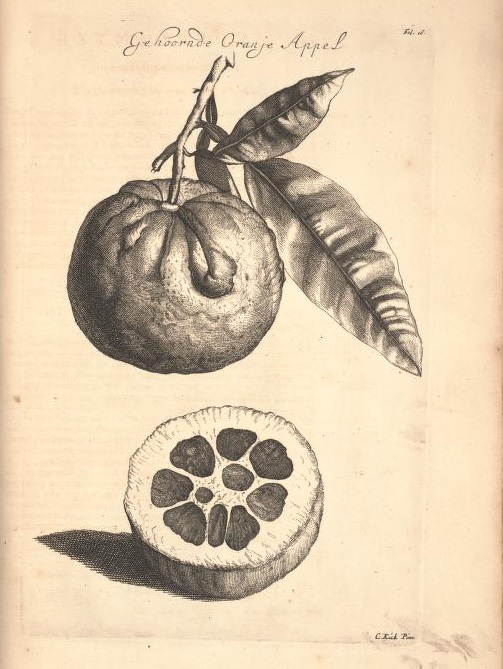 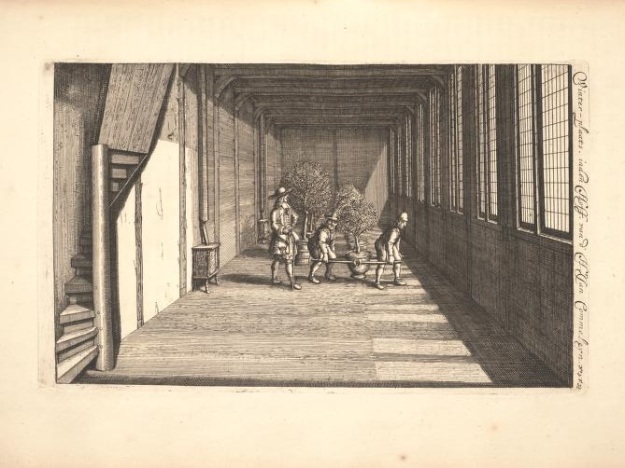