The Enchanted Garden, currently showing at the William Morris Gallery in Walthamstow, London explores our enduring fascination with gardens.  Devised in collaboration with the Laing Art Gallery in Newcastle, this exhibition features around twenty mostly British artists working from 1850 to 1950, examining their individual responses to the garden, and documenting the influence of the Arts & Crafts movement and the Bloomsbury Group on the stylistic development of the English garden.

William Morris’s study for Trellis (1862), his first wallpaper design, shows detail of a wooden garden trellis supporting perching birds and climbing roses.  Morris took inspiration from both the natural world and the history of design, and his Trellis pattern brings both these themes together.  It also connects today’s domestic gardens with those from the past, as versions of this ordinary structure have been in use supporting climbing plants and dividing space in gardens since medieval times.  It is somehow typical of Morris that he has included in his design the tiny nails that hold the trellis structure together.

The cottage garden remains one of the nation’s favourite garden styles and Ralph Hedley’s Roses for the Invalid (1894) is a nostalgic tribute.  A young woman and a girl collect pink roses from the garden, adding them to a basket of flowers and strawberries for a sick relative or neighbour in an idealised picture of the poor, but decent and deserving cottage gardener.

The vegetable garden in Stanley Spencer’s Gardening (1945) features two naively painted figures harvesting leeks.  The texture of the man’s tweed jacket and corduroy trousers and the detail of the girl’s print dress evoke nostalgia for the Dig for Victory effort of World War Two. The pair work with heads bowed, so deeply absorbed in their task that instead of their faces we see only the crowns of their straw hats.

The theme of the garden as a magical place is explored, where strangeness and beauty occasionally have darker undertones.  In Mark Lancelot Symon’s Jorinda and Jorindal (about 1930) a brother and sister have ventured out of the safety of the garden into woods, where they’ve encountered a witch.  The children are shown frozen to the spot underneath a flowering hawthorn, a plant once associated with witchcraft, in which Jorinda appears entangled.  The intense sunlight flooding every corner of this Pre-Raphaelite inspired painting is in seeming opposition to the dark fate that has befallen the children.

By way of contrast, Monet’s Waterlilies, Setting Sun (on loan from the National Gallery) depicts the garden in late evening.  But here the encroaching darkness has no menace, but is filled with stillness and tranquillity.

The gardens belonging to William Morris at Kelmscott Manor, Duncan Grant and Vanessa Bell at Charleston in East Sussex and Virginia Woolf’s Monk’s House, also in Sussex, still provide inspiration for gardeners today.  In Grant’s The Doorway the profusion of the summer garden is glimpsed through the open door, in contrast to the cool interior of the house.  May Morris’s View of Kelmscott Manor from the Old Barn also uses a doorway to frame the garden, the bleached whiteness of her painting communicating the heat of high summer, almost in the manner of an over exposed photograph.

This may be a small exhibition, but the choice of work and ideas explored are so considered, it stays with you for longer than many larger shows.  The Enchanted Garden is at the William Morris Gallery until 27th January 2019 Admission free (closed on Mondays). 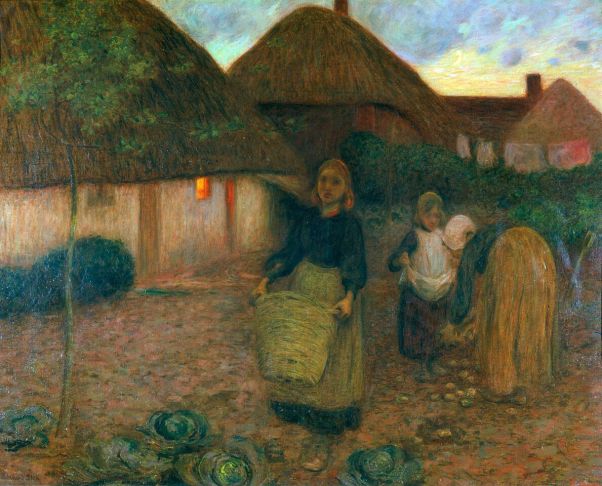 Lucien Pissarro The Fairy 1894 Oil on canvas ©The Ashmolean Museum, University of Oxford Presented by the Pissarro family, 1951 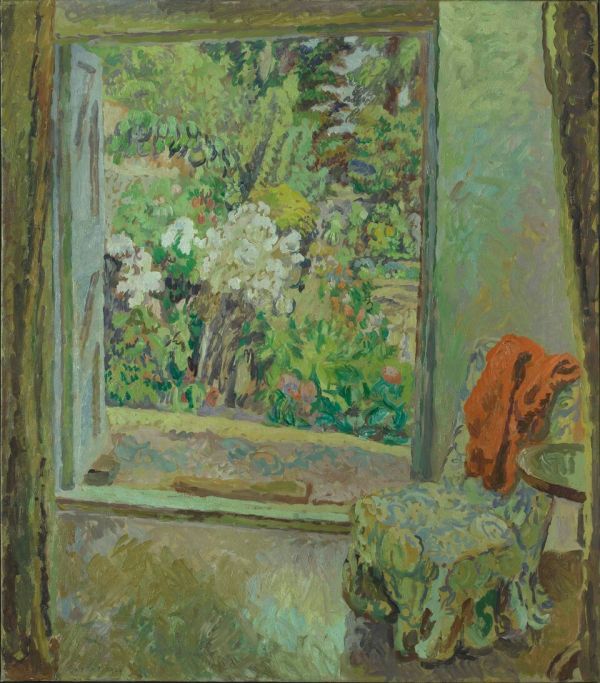 Lucien Pissarro My Studio Garden Oil on canvas 1938 ©The Ashmolean Museum, University of Oxford Presented by the Pissarro Family, 1951 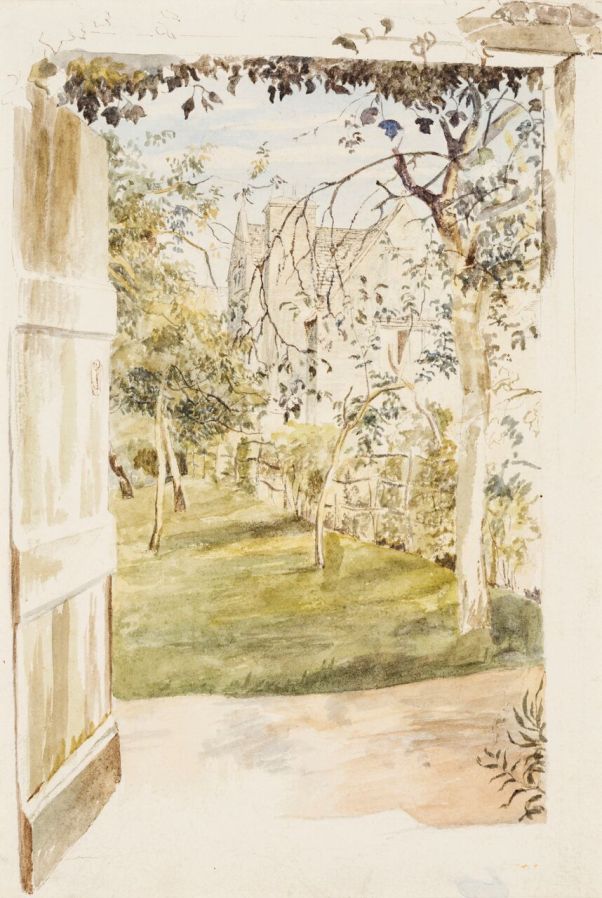