If December is the season to celebrate evergreens like ivy, there can surely have been no greater enthusiast for this plant than Shirley Hibberd, author of The Ivy A Monograph published in 1872.

In this illustrated book, each page bordered with ivy, Hibberd discusses historical uses and associations, as well as botanical observations, notes on cultivation and a comprehensive summary of the numerous varieties then available.  Many of these ivies were grown in his garden in Stoke Newington.  Hibberd saw this garden as a place to experiment rather than purely a model for the public to follow, and actively discouraged visitors.

James Shirley Hibberd (1825 – 1890) was a highly successful writer about gardening in the Victorian period.  He did much to popularise amateur gardening through his books, and as editor of garden magazines, where he shared his own experience of planning a garden, growing vegetables and bee-keeping.  Based for much of his life in Victorian London suburbs such as Islington, Hackney and Tottenham, his advice was directed at inhabitants of these new houses, keen to cultivate their new gardens.

It’s probably fair to say that ivy might not be at the top of everyone’s list of favourite plants today.  However, there are good reasons to cultivate this plant, including for harvest at this time of year for seasonal decorations.  Ivy is great for wildlife, providing nesting sites for birds, and nectar from the late season flowers gives a boost to bees and other insects in November, when other flowers have finished.  The berries are consumed by birds through the winter.  The evergreen foliage is always fresh which is especially welcome during the winter months.  It is also very easy to grow.

On the minus side, ivy’s association with ruins and graveyards can give it a rather gloomy feel and some find it dull.  Then there is its habit.  Once established, some varieties of this vigorous plant can overwhelm a wall, fence or an entire building in a couple of seasons, unless kept in check.  Its adventitious roots originating from the stem of the plant are adapted to support the plant as it reaches for the light, but these can work their way into gaps in masonry and woodwork, eventually damaging them.

As the ivy’s champion, Hibberd sees the plant as a protector of buildings:

To the Ivy we are without doubt indebted for the preservation of many a stately pile that would erst have become dust without it.  Thus it may be regarded as the vegetable keeper of historical records, for although it may thrust rude hands amongst them, as when it sends its roots deep into the wall of a tower or keep, it affords a protecting shield against wind, rain and snow; its matted felt of stems and its imbricated leaves constituting a truly waterproof protection, adding to the warmth and ensuring the perfect dryness of the protected structure.

For use in the garden, Hibberd discusses training ivy against walls, to edge borders and suggests plunging pots of ivy into empty flower beds to provide winter interest.  He has various ideas for training the plants in tree and shrub forms, and as standards or pyramids in containers.

Although at first glance this book might not appear to be bursting with relevance to the modern garden, Hibberd’s ideas for trained ivy plants could prove to be very useful additions to a container garden.  In a future post I hope to expand on this further.  In the meantime, here are some illustrations and engravings from the book, which show the variety and beauty of this plant. 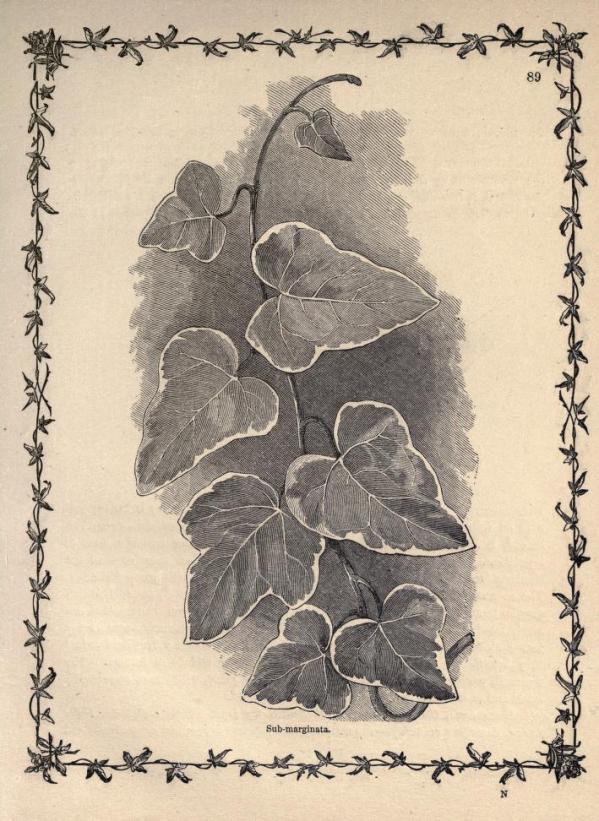 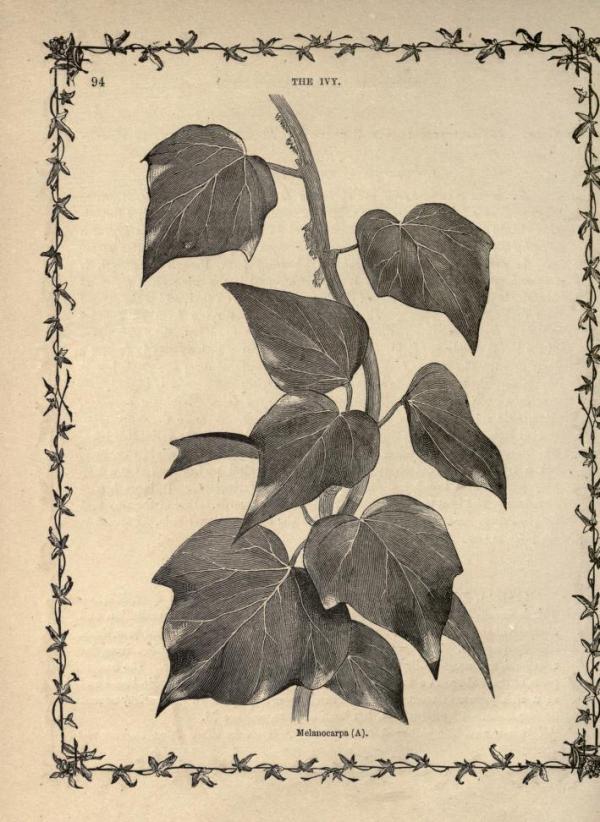 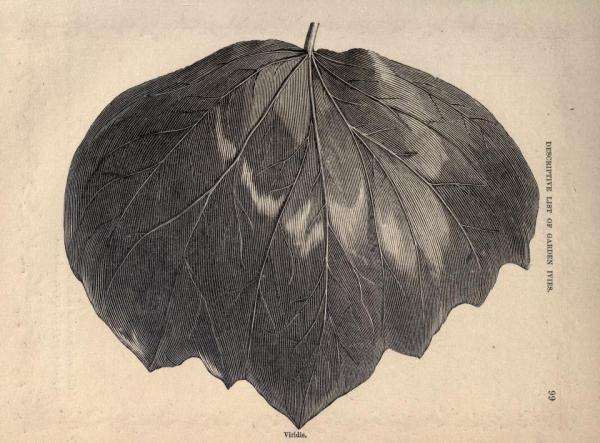 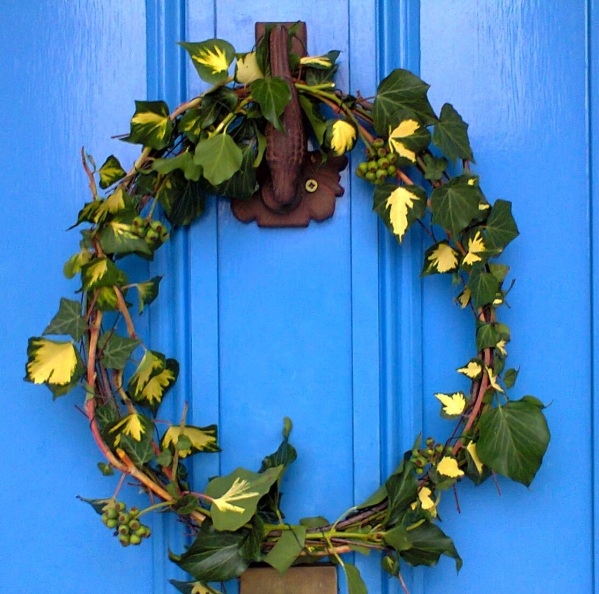 The Ivy A Monograph by Shirley Hibberd