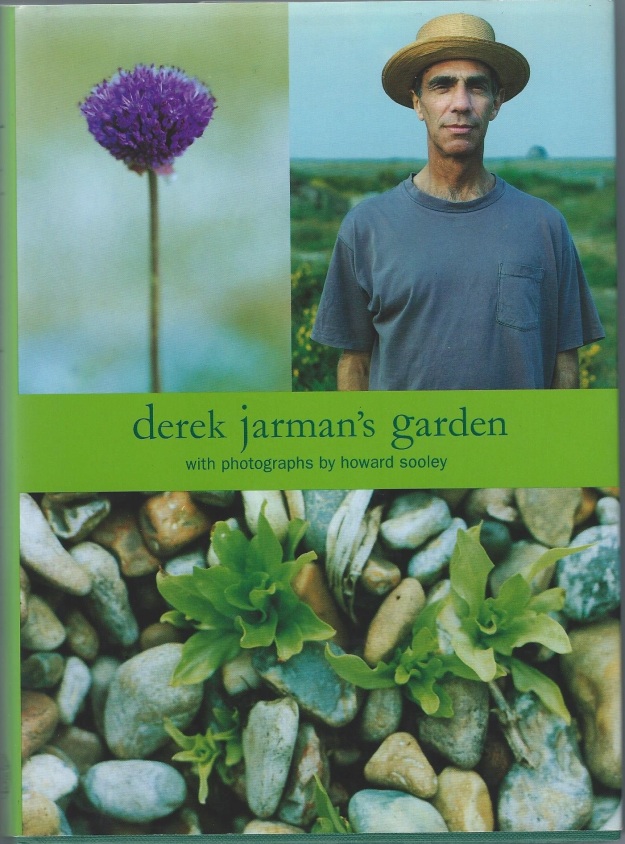 Earlier this month, as a mark of appreciation for the artist and filmmaker Derek Jarman (1942 – 1994) who died twenty five years ago, BBC Radio 4’s Book of the Week featured readings from his journal Modern Nature,  published in 1991.

These daily excerpts read by Rupert Everett reminded me what a good diarist Jarman was, recording his daily life with candour, unafraid to reveal his strong opinions and moments of bad temper as well as happier events and encounters.  He also understands the power of a few details to sketch a place or person, and fix an image in the mind.  By means of this intimate narrative the reader is included in his life, which probably accounts for the great affection still felt for Jarman today.

One of his many enthusiasms was for plants and his final book, Derek Jarman’s Garden (1995) discusses the making of an extraordinary garden in Dungeness, on the Kent coast.  This vast area of shingle, with its burning sun and biting gales is an unlikely spot for a garden as you are likely to find, but over time and by using a mixture of native plants and other species that could tolerate the conditions, he succeeded in creating a place of rare beauty.

Jarman’s companion Keith Collins recalls that his garden acquired a new meaning after Jarman was diagnosed with HIV.  At first the struggle of the plants against the elements mirrored his battle with illness, and eventually it become a memorial for him.  Collins notes, ‘the flowers blossomed while Derek faded.’

This book was a collaboration with photographer Howard Sooley who documented the garden in various stages of its development and contributed to it both through his plant knowledge and his ability to drive – transporting Jarman (a non-driver) from London to Dungeness on Fridays and taking him to some of the area’s plant nurseries.  His photographs capture perfectly the character of this stark but beautiful landscape.

Jarman talks about the ancient Persian word ‘paradise’ describing ‘a green place’, and this idea of the ‘paradise garden’ is echoed in the semi-formal design at the front of Prospect Cottage where circular and rectangular beds are created.  Edged with large flint stones, these are planted with santolina, valerian and crambe, a sort of kale which grows naturally in Dungeness.   He describes the layout of the back garden as ‘random’ with plants interspersed with driftwood and rusted metal sculptures, all assembled from objects found on the nearby shoreline.

Jarman prefers gardens to be ‘shaggy’.  He doesn’t like the style of National Trust gardens where ‘not one plant seems to touch its neighbour’.  He says, ‘If a garden isn’t shaggy, forget it.’  Christopher Lloyd’s garden at Great Dixter is an example of the relaxed style of planting he favours.

Jarman is also a great advocate of allowing nature into the garden, saying:

‘You see it is rather a wild garden; I really recommend this – out with those lawns and in with the stinging nettles and kerbside flowers: bluebells, pinks, purple orchids, drifts of buttercups – subtlety to the eye. .. I would like anyone who reads my book to try this wildness in a corner.  It will bring you much happiness.’

Jarman had a great talent for inspiring people and this book, which never minimises the difficulties of growing plants in such an inhospitable landscape, shows us it is possible to create a garden anywhere, no matter how difficult the circumstances.

In this photograph the driftwood and metal sculptures in Jarman’s garden seem to be having a conversation with the overhead cables and pylons of the power station in the distance.

With his sharp eye for beautiful things, Jarman acquired a bench similar to the one on which Mrs Andrews sits from a neighbour, after she died.  An antique dealer told him it was a rarity – ‘It’s eighteenth century, built for a lady with a pannier.’  Jarman says, ‘You can see my bench in Gainsborough’s Mr and Mrs Andrews.’  Derek Jarman’s Garden 1995. 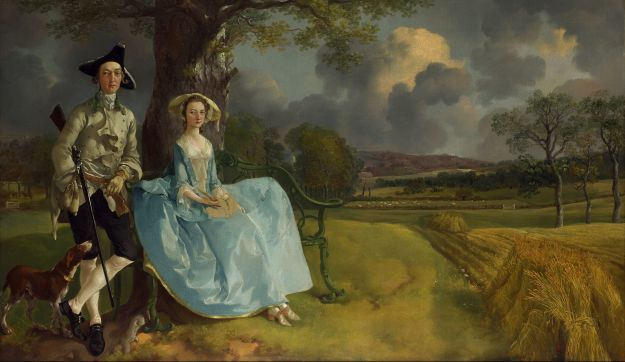 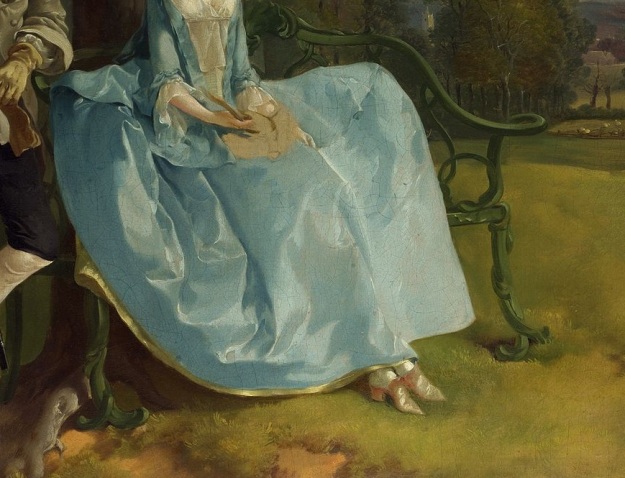 Derek Jarman’s Garden still in print and well worth reading.  Howard Sooley’s photographs capture the spirit of the garden perfectly.