Unlikely as it might seem today, the humble runner bean was grown in eighteenth century gardens alongside roses, carnations and jasmine for the beauty of its red flowers rather than for a crop of bean pods.  Now considered a vegetable and consigned to the allotment, the decorative history of this plant has been forgotten, but evidence of the Scarlet Bean’s previous role in flower borders can be found in certain books from the Georgian period.

The German artist Augustin Heckel (1690 – 1770) worked in England for the majority of his life, and was an accomplished flower painter.  In 1757 he published The Florist, or, an extensive and curious Collection of Flowers for the imitation of Young Ladies, either in Drawing or in Needlework, containing colour engravings of desirable garden plants.  The Scarlet Bean appears right at the end of the book, next to a flower stem of tuberose.

In The City Gardener (1722) Thomas Fairchild mentions the Scarlet-Bean as being suitable for planting in London squares.  He notes that if there is sufficient circulation of air around the flower beds the annual beans, along with the Great Convolvulus, can deal with the pollution from  the city’s coal fires (a reminder that air quality in the capital is far from being a new issue).

‘The Scarlet-Bean, so call’d from the Colour of its Flowers, makes a fine Appearance when it is in Blossom; the Spikes of Flowers are petty long, and well set; and if they have Liberty, and a Support from their beginning to grow, will hold flowering several Months.’

Although we might think of the runner bean as a quintessentially English plant, Phaseolus coccineus originates from the forests of central America, where in frost free conditions it is perennial.  According to the Royal Horticultural Society the bean was introduced into Spain by Columbus, from where it eventually spread across Europe.  It was known in England in the 17th century, and is mentioned in a list of plants grown at Tradescant’s London nursery in 1634.

There is some evidence that plants from these early seeds did not produce many beans, which might explain why Fairchild doesn’t mention removing the pods to prolong flowering.  As the runner bean was developed through breeding programmes as an edible crop for northern latitudes, with longer pods and tolerance to shorter day lengths, its popularity as a decorative plant in England seems to have waned.

But maybe the Scarlet Bean is now due a flower bed revival – in some of our period gardens perhaps? 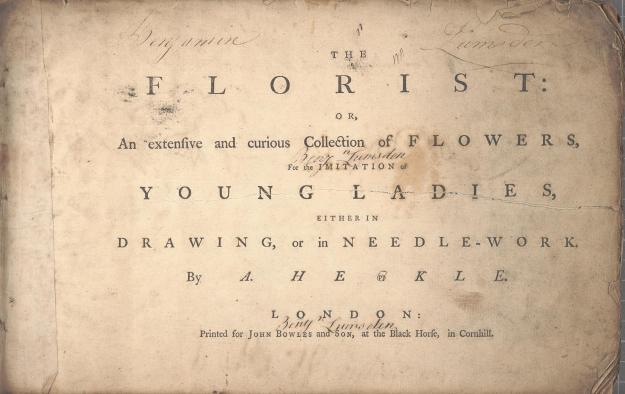 The Scarlet Bean with Tuberose, Foxglove and Valerian

Heckel shows how to draw a simplified shape of the flower and add detail in stages. He stylises the flower stems slightly into decorative scroll shapes. 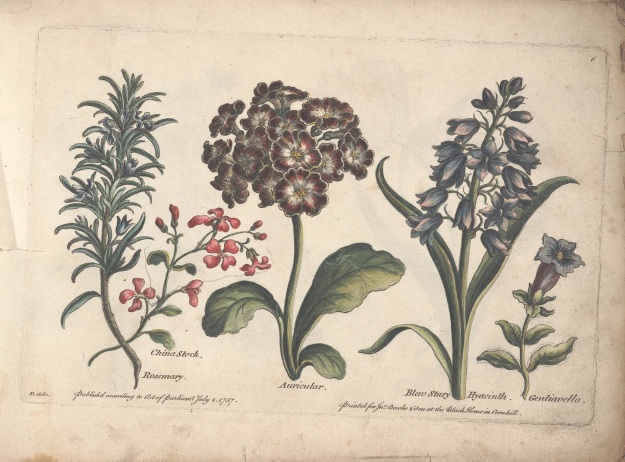 Interesting to see how the hyacyinth is relatively naturalistic compared with the columnar shape of today’s varieties. 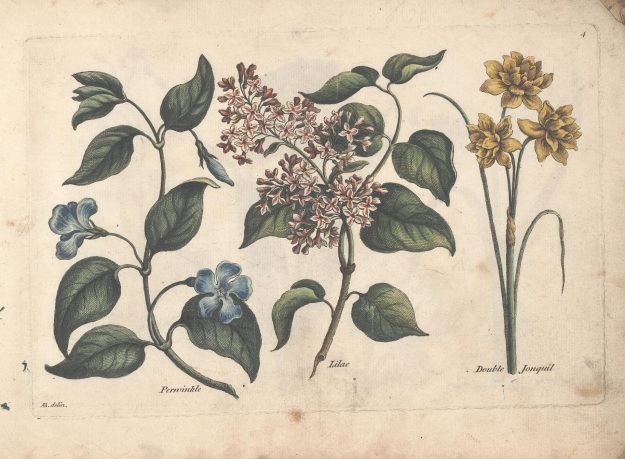 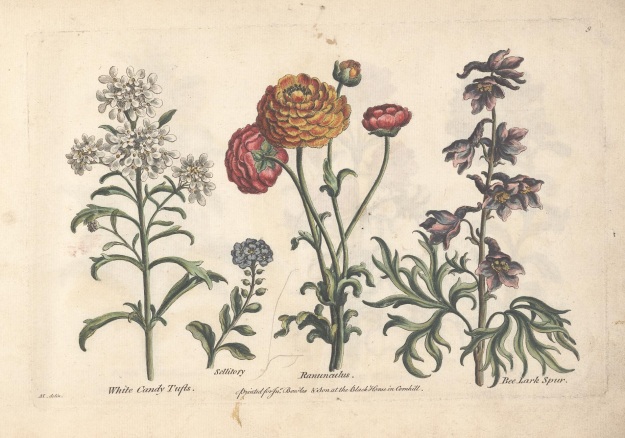 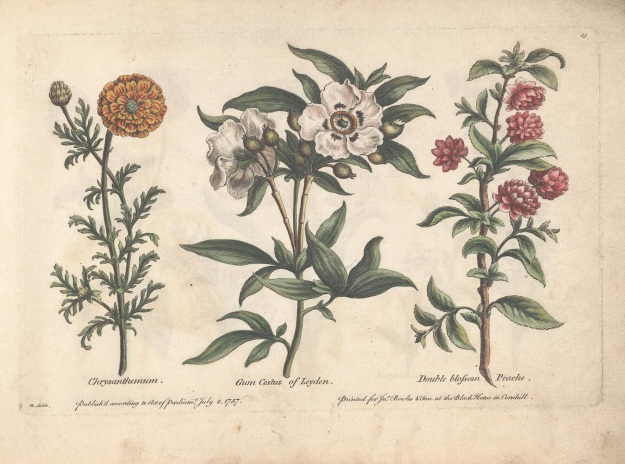 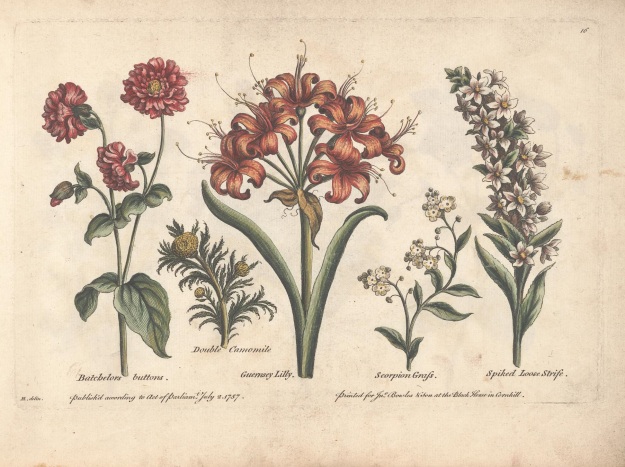 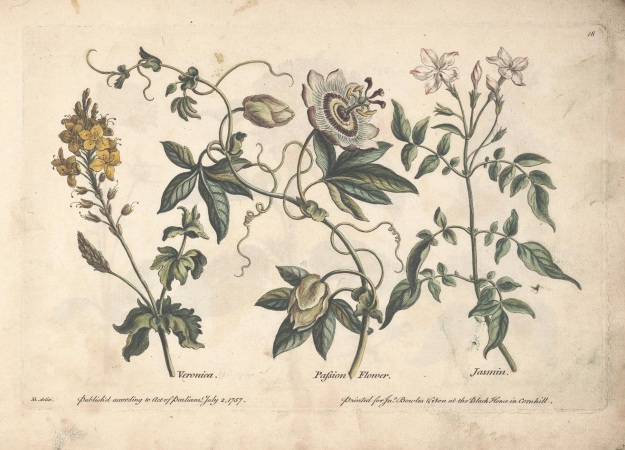 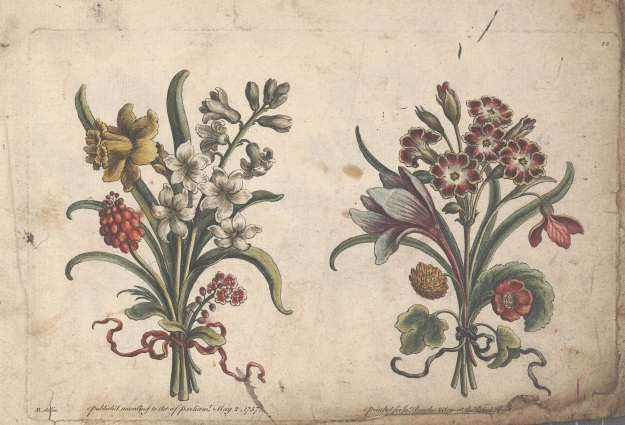 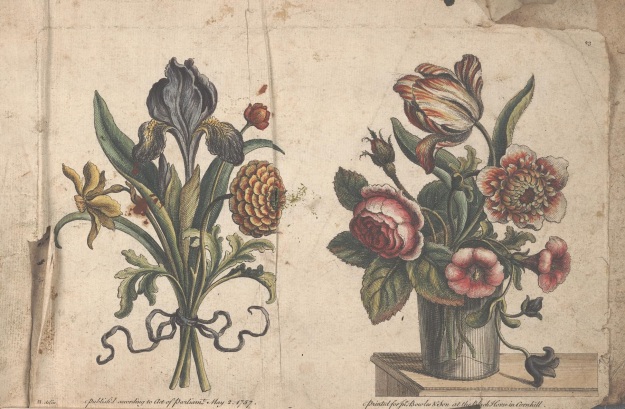 The Florist by Augustin Heckel 1757

1 thought on “The Scarlet Bean”